MissImp is Nottingham’s improv theatre and comedy group, and has been since 1998! We perform improvised comedy in Nottingham and the East Midlands, with regular shows at Malt Cross, The Angel and Nottingham Playhouse. On occasion, you can find us improvising wildly elsewhere too…

Open to everyone, we teach improv at all levels, from a weekly drop-in workshop we’ve been running since 2005, to courses for everyone from complete beginners to very experienced improvisers.

Improv is the fusion of sketch, comedy and theatre, with the script lying ignored on the floor. Everything you see is completely made up, driven only by talent, imagination and teamwork. Fill your world with weird and wonderful characters driven by the random engines of improvisation.

Want to know more? We imagine you may have questions… drop us a line, or read on:

“Improv” or impro is short for “improvisation”, which is a fancy way of saying we make things up! From short scenes and fun drama games, to entire stories, shows, and even now whole musicals, we go onto stage with nothing and make it all up from there.

It’s completely unique in that no two performances will ever be the same, and you can do it too.

No! In fact, having the guts to get on stage in the first place tends to be the thing that people find hardest.
Improv works on a couple of simple ideas: you listen to your scene partner and build your scene together with them. If you can do that (and we’re yet to meet someone who can’t), you’ll start to have a whole lot of fun every time you step onto stage.

How do I get involved?

Easy! You have at least 3 options:

Want to jump straight in?

Come to a drop-in session!

Watch one of our regular shows!

Want to learn the skills before you take to the stage?

Take one of our “Intro to Improv” courses!

There’s no right or wrong way to start. Everyone’s different, so pick the way that suits you best and come along and start making stuff up.

If you have any more questions, please drop us a message.

What is this “MissImp” you speak of?

From our home in Nottingham we have been performing, teaching, and facilitating improvised comedy theatre since 1998, which makes us the longest running open-to-all improvised theatre group in the UK. The history of MissImp is mostly lost in the mists of time, but through that damp curtain we have managed to extract some key facts: we originally formed as Mission: Improbable under the guidance of local writer and performer Andy Barrett as a Nottingham County Council Next Stage project. The team performed improv comedy in pub and club venues around Nottingham and nearby arts festivals for several years. Our first ever show was at the Malt Cross!

Early in the new millennium many key players moved to far away cities where they claimed to be “happy” and occasionally got married. The crisis of numbers led to the weekly jam workshops which started at the Nottingham Arts Theatre in 2005, moving to the Nottingham Art Organisation (now Hopkinson’s Gallery) in 2008. A new line up formed and monthly shows began in December that year. Oh, and we contracted the name down to MissImp.

Since then… we spent three years performing every month at The Glee Club in Nottingham, brought top improvisers from the US over to train our players, did a 24 Hour Improv Show, performed at Edinburgh Fringe, in London and throughout the Midlands. We began teaching our own courses, bringing in fresh members and creating a range of shows and performances.

In 2016 we moved to the Malt Cross where we continue to run weekly drop-in sessions and a monthly jam show called Gorilla Burger.

In 2018 we celebrated twenty years of MissImp with an enormous Celebration Jam at Malt Cross, four shows at Nottingham Playhouse and had a damn fancy old time.

We teach new people how to have fun with improv, in a range of courses and workshops, as well as bringing over the finest improvisers to help us learn us new stuff. Entirely new improv teams have emerged, along with shows like The Improvised Star Wars Show, Consenting Partners and Smash Night. We now regularly perform at Nottingham Playhouse, the Malt Cross, Nonsuch Studios, and The Angel Microbrewery.

We might have kicked off the improv scene, but we’re not the only players.
More groups have sprung up (or out of) MissImp over the years and we’re delighted.

Find out more about the Nottingham improv scene here.

Some of Our Shows and Improvisers

Some of Our Past Shows

Catch the Next Show! 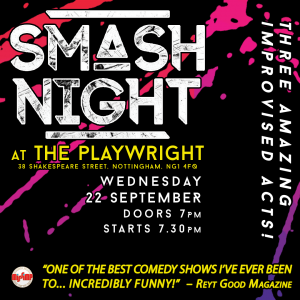 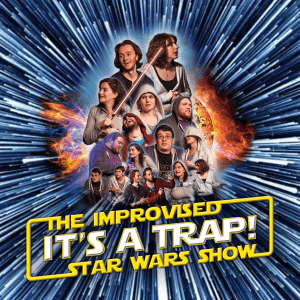 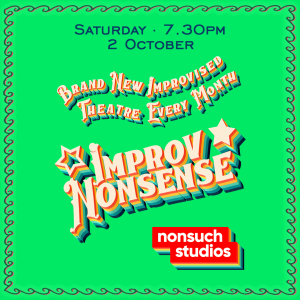